HLRS maintains an extensive suite of state-of-the-art tools for visualizing and interacting with large, complex data sets, including a CAVE immersive visualization environment, a driving simulator, and other resources for virtual and augmented reality. 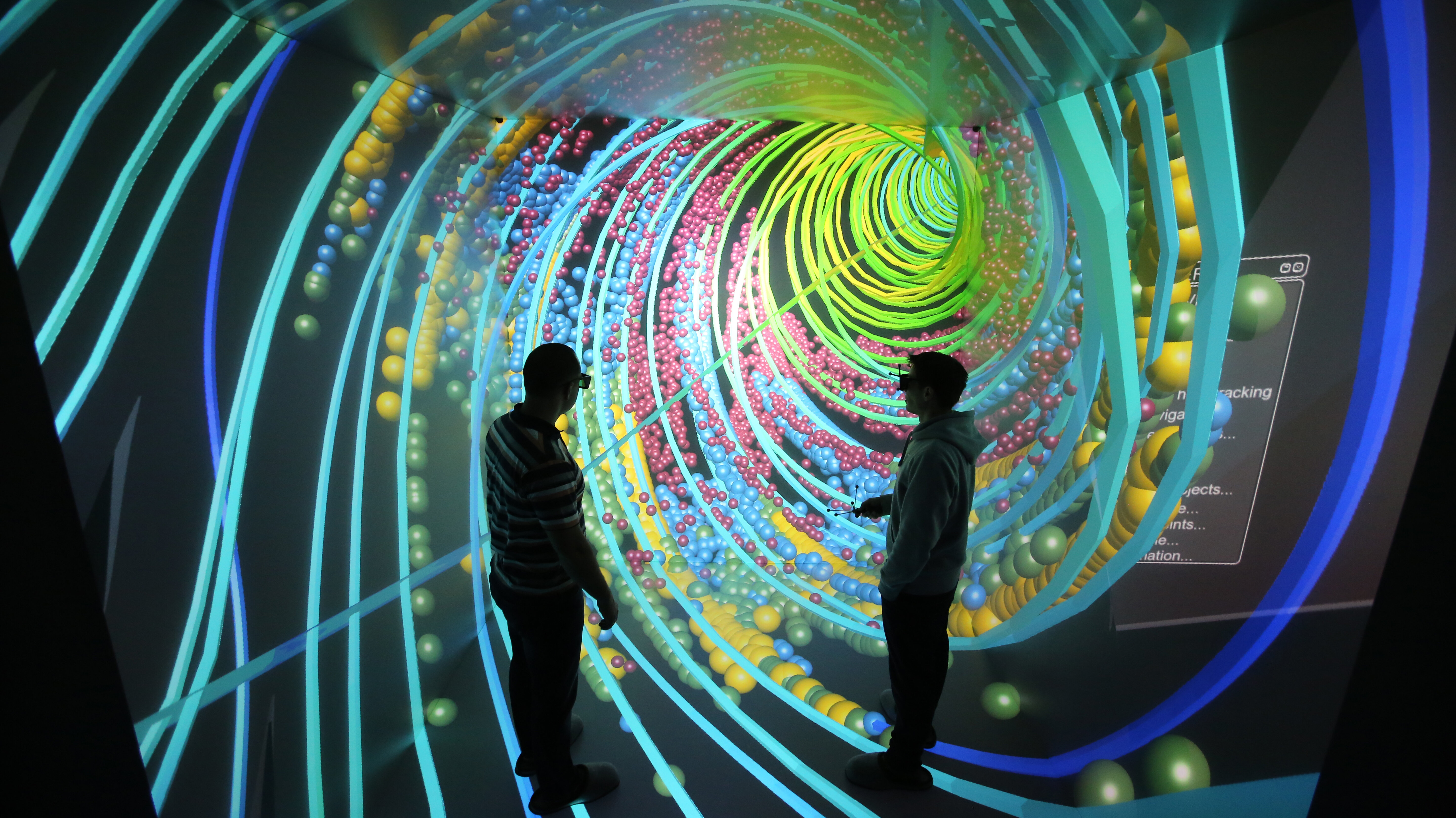 Our high-resolution tiled display comprises nine professional 3D displays (total of 3.6 m x 2.0 m with a resolution of 5760 x 3240 pixels per inch), making it possible for colleagues to meet at HLRS to discuss results. The display is integrated with stereoscopic display systems, tracking systems, and cameras, and can be integrated with tools for virtual collaborative working environments that make it possible to discuss results with partners anywhere. The system is controlled using an ART Trackpack optical tracking system. 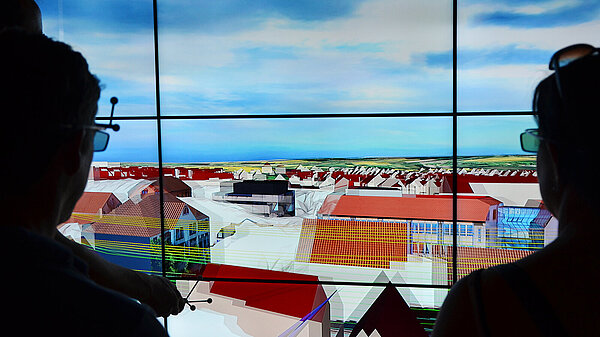 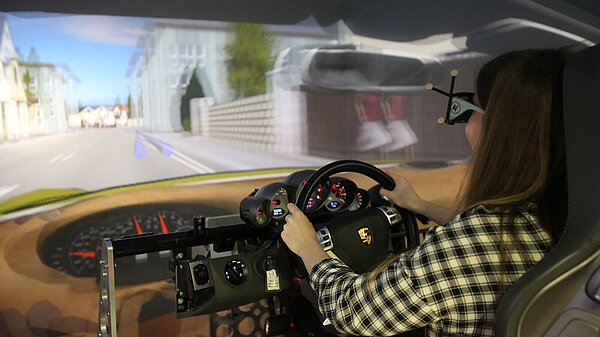 Based on the frame of a real Porsche car, HLRS's driving simulator is connected to the CAVE visualization facility. It is integrated with custom designed software called OddLOT, which generates realistic, virtual street networks. The driving simulator is highly responsive, offering an immersive driving experience that includes haptic feedback.

The hardware consists of an HMD, a stereo version of the Daeyang Cy-Visor and two pairs of PAL color cameras mounted on top of the HMD. It is connected to a Pentium IV PC with two video capture cards and a GeForce 4 Ti Graphics card running RedHat Linux.

Version 2 of the AR HMD is now equipped with two PointGrey DragonFly Firewire cameras with 1024x768 resolution and CS-Mount lenses. The computer was upgraded to a 3GHz Xeon system also running RedHat Linux.

Version 3 of the AR HMD is now equipped with two integrated USB2 auto focus cameras with a maximum resolution of 1280x1024.

The software system is based on COVISE and AR-Toolkit or ALVAR. OpenCV is used to capture two sets of video streams for the left and right eye. It further recognizes markers and computes their relative position compared to the cameras. Virtual objects that have been visualized using COVISE can then be displayed on top of the video image at the correct position relative to the marker and with the correct perspective.